Why oil and gas drilling is going deeper and further offshore 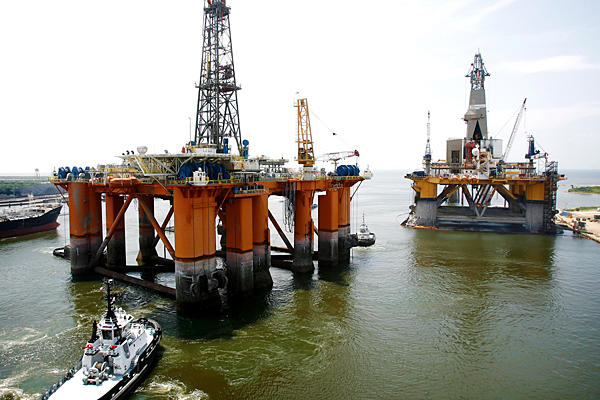 Majority of Global Oil Reserves in Areas of Geopolitical Risk

I have been writing about deepwater oil and gas exploration and the trend to push out into deeper waters further offshore. This week I wanted to drill deeper into the drivers of this important exploration and production trend in the oil and gas industry.

Against a backdrop where 43% of global oil production is  in high risk regions — the Mid-East and Africa account for 32.5% and 10.9%, respectively — and add on top of that another 16% from Russia and Venezuela, you have nearly 60% of world oil production in areas of high geopolitical risk. Looked at from another perspective, National Oil Companies control roughly 75% of proven crude oil reserves (probability that 90% of the reserves will come to production), with the remainder held generally by multinationals – IOCs.

Clearly, the hydrocarbon (oil and natural gas) pie is limited to a few players and the IOCs – and the eight Majors have a dwindling share of that pie. Couple that reality with the fact that worldwide oil production for the eight majors (ExxonMobil, Shell, BP, Chevron, ConocoPhillips, ENI, Total, and Statoil) since 2004 has declined 2% per annum, and although revenues have increased 9% over the comparable period, margins are shrinking due to production costs increases of 11%. In addition, the IOC’s global oil reserve replacement — the ability to replace production — from 2004 to 2012 was a dismal 78%. In other words, for every 100 barrels of production the IOCs replaced 78 barrels. The net result is that the IOCs have little recourse but to explore for oil deposits in highly difficult regions.

The added incentive here is that these more remote basins may hold the promise of significant deposits of hydrocarbons with 200 million barrels or more of recoverable reserves. This is attractive for the Majors, since it affords them with economies of scale, the ability to lower their operating cost per barrel, and produce profitably in very high cost areas. Unfortunately, these types of discoveries are occurring in more remote, highly technically difficult, and highly expensive to produce regions, areas of deeper waters further offshore, and in areas of extreme wind and temperatures such as the Arctic. Indeed, the cost of a deepwater exploratory and production rig operating in ultra-deep waters over 7,000 feet today is averaging over U.S. $500,000 per day, with other deep water rigs operating in less than 7,000 ft. commanding from U.S. $300,000 to $400,000 per day.

With Brent oil prices averaging $100 per day, and production rigs able to generate 200,000 or more barrels per day, the economics are still attractive. Indeed, utilization rates for deepwater rigs have been hovering around 90% in 2013, with the highest offshore utilization currently in Brazil, followed by the North Sea, West Africa, and the U.S. Gulf of Mexico.  The economic attractiveness is evident despite falling world oil production as capital spending by the IOCs has continued to increase since 2010. As I pointed out to subscribers of our newsletter, Energy Trends Report, in a recent story “The Who’s Who of Deepwater Exploration”, the offshore regions that have drawn the greatest exploratory interest have been the U.S. GOM, Brazil, and West Africa, commonly referred to as the “golden triangle”; rewarding oil companies in 2012 with 47% of 52 global deepwater discoveries. Here are a few key specific drivers in the growth of ultra-deepwater rigs: